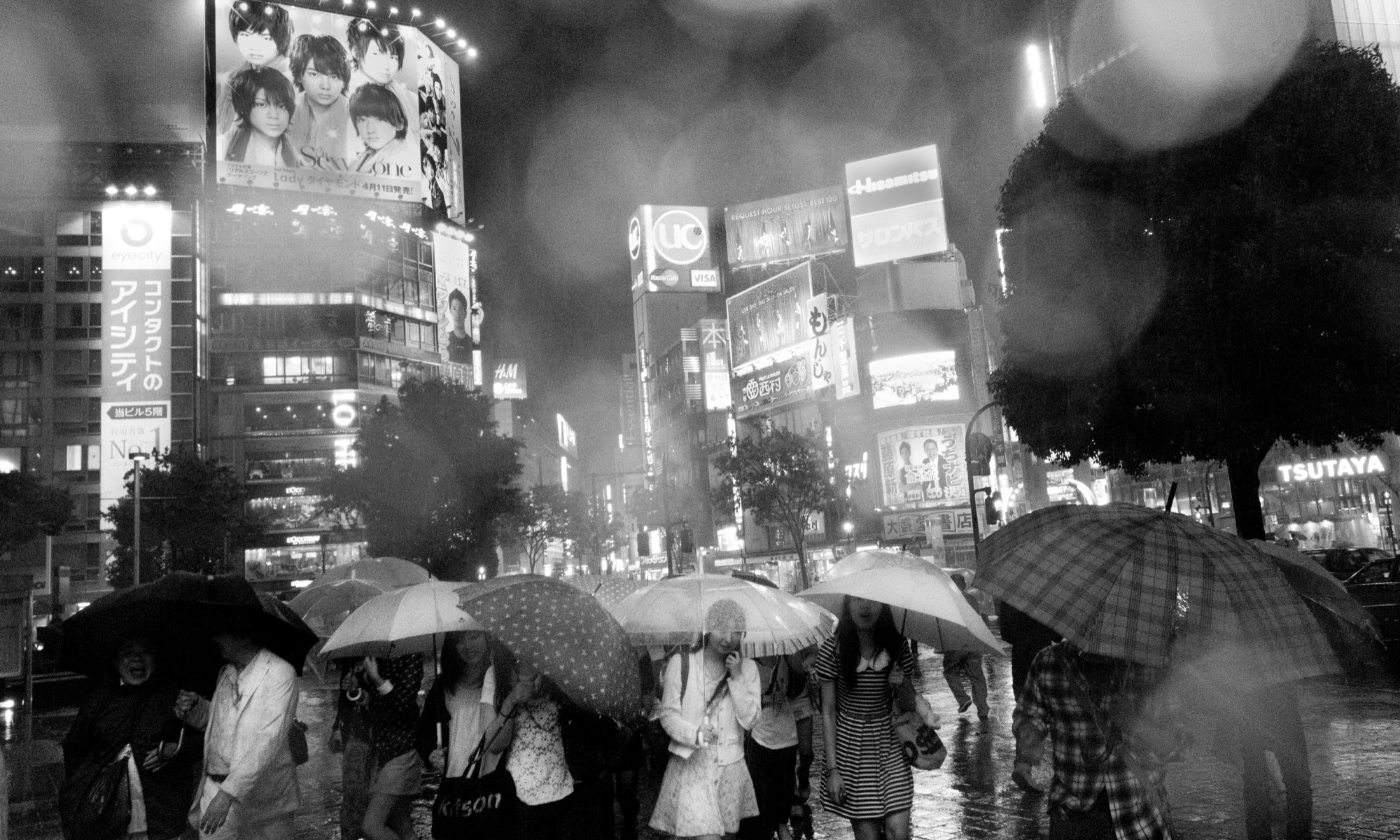 Reports of the impending Hagibis typhoon (October 12, 2019) reminded of when I was in Tokyo many years ago. I try to remember the scene.

“Strong winds. A typhoon is expected to land in Tokyo tonight.” said the woman inside the television, one of two objects didn’t quite belong in a fancy jazz bar. The other was seated at the edge of a leather sofa, paying more attention to what was happening on the other side of the large glass window than what his friends were talking about.

People were ducking under their tiny umbrellas, some already twisted under the weight of the wind, hurriedly looking for shelter.

This side of the window was warm. Soft leather settee, a glass of wine, jazz, and gorgeous waitresses. If only my own home was as comfortable as this. From within, the going-ons outside played out like a scene from a film. Extras running back and forth across the frame at the cue of the first AD, rain machine and an oversized fan blasting away just outside the rectangular frame. But there was no ‘CUT’ to end the scene and call for a reset. The wind only got stronger and people ran faster.

This was my first time in Tokyo. I was supposed to visit the country a few years earlier but I missed the flight, and vowed to return with a vengeance. Fortunately my short film was being screened at a large film festival and I was invited to attend. I remember very little about the festival itself, only that I hated parties, and that filmmaking is 80% partying (networking) and 20% actual filmmaking. I spent the rest of the trip wondering if I would ever fit in. I looked at the woman in the television again for answers.

“If not now, then when?” she replied.

I excused myself and rushed back to the hotel. The wind felt stronger than it looked from inside the cafe. It was sweeping Tokyo clean, like a robot cleaner hosing down the city. I struggled to walk upright. The thrill of it all was overwhelming. Back at the hotel, the news reminded me again of the direction of the typhoon, this time with an animated arrow coming in from the sea and landing on Tokyo. I grabbed my camera, and headed out.

The wind grew stronger. I stood in the corner of a small street, a hoodie over my head, hands in my pockets. White transparent umbrellas lay scattered all around. 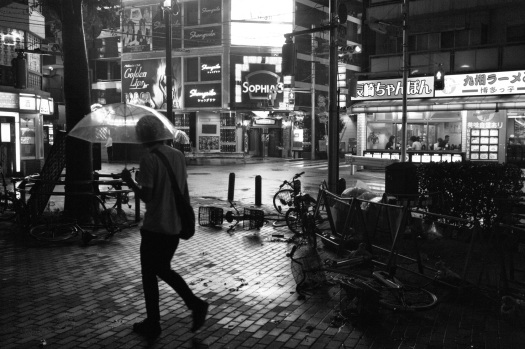 On the main street through Kabukichō, the lights were still on. Signboards flashing, billboards changing, traffic lights blinking. Young men in sharp suits lined the streets. A black limousine stopped in front of what looked like a bar. Or was it a hotel I can’t remember. Young men in suits lined up and bowed at the man who stepped out of the car.

Down the back alleys, lanterns burned bright. Every soft glow of light promised shelter and comfort; behind every door was either a bar, brothel, massage parlour, karaoke, or someone’s home. I wasn’t interested in any of them. There was a cafe by the corner, facing an intersection. A large glass window revealed its innards. Framed by brightly painted it looked like a scene from a film, a Japanese family enjoying a meal together.  The young boy was pestering his father to give him more soup. The world on the other side of the glass looked warm and comfortable.

At that precise moment, standing in the cold fearing I would end up as a typhoon statistic, I was exactly where I wanted to be.

Two days left until applications close on 19 January. Please note that this workshop is a closed event and will only be open to selected applicants.
Offerings at a sand mine. For whom I wonder.
Investigating the legal (and illegal) movement of sand.