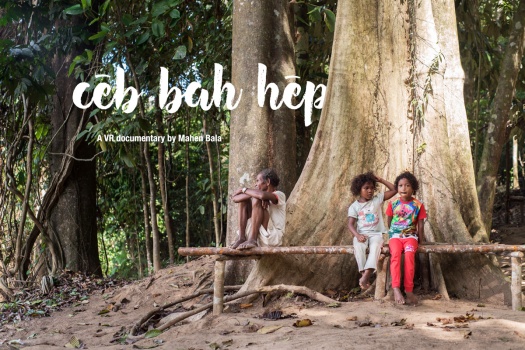 A VR documentary by Mahen Bala

The Taman Negara is one of the world’s oldest tropical rainforest, estimated to be more than 130 million years old. Covering an area of 4,343 square kilometres stretching over three states (Kelantan, Pahang, and Terengganu) on the Peninsular, it is a hotspot for biodiversity, and home to a scattered population of indigenous peoples (orang asli).

One of these tribes is the Batek, a small population of semi-nomadic hunter-gatherers. For thousands of years, they have survived by hunting and gathering from the forest, moving their settlements according to the seasons. Today, rapid deforestation and socioeconomic pressures continue to threaten their livelihood, and with it, their history, customs and values.

Cēb bah hēp takes viewers on a journey deep into the Malaysian rainforest, exploring the struggle of the Bateks in maintaining their ancient way of life and relationship with the forest.

Written and directed by Mahen Bala